Creating game-changing tech for the Internet of Things

Founded in 2012, Onomondo has created the world’s first global cellular network for the Internet of Things (IoT), allowing all the world’s connected objects to communicate across borders without roaming restrictions and with full control of security across 700+ operators, 180+ countries, and countless technology stacks. Despite competing against established telecommunication giants, Onomondo has been able to win customers based on their solid, industry-specific know-how, their innovative solutions and agile development. Most notably, they won the tender for equipping the entire reefer (refrigerated container) fleet of the world’s largest shipping company A.P. Moller - Maersk with worldwide connectivity.

Today, over 1.4 bn connected devices comprise the Internet of Things. However, one large issue is holding back the potential of the technology:

“Based on our 9+ years working with global logistics and IoT companies, we have discovered that the embedded SIM (eSIM), which are soldered into IoT devices and provide cellular connectivity, create significant problems for IoT companies, thus limiting the value creation potential of the Internet of Things. The current design leads to high material waste, high production costs and lead times, and high maintenance costs due to high failure rate,” comments Michael Freundt Karlsen, Onomondo’s CEO.

Onomondo saw this as an opportunity to develop the world’s first 100% software SIM. “If we are first to the market with this technology, we will undoubtedly expand our global market share and accelerate our company growth,” notes Mr. Karlsen.

To ensure swift development of the SoftSIM technology, Onomondo saw public funding as an opportunity to mitigate the risks and costs involved. Mr. Karlsen goes on to say, “The project involves a number of high-risk activities – developing the core ‘SoftSIM’ operating system and application layer, establishing the interface between SoftSIM and a real radio module, developing ‘Over-the-Air’ update capabilities and ensuring that the new solution complies with strict GSMA telecommunications standards. Without this support from Innobooster, it would have taken us over 18 months longer to reach the market, potentially missing a massive business opportunity.”

In collaboration with Techfunding.eu, Onomondo’s project was awarded a 1M DKK grant by Innobooster, which is fuelling the development of a full prototype and validating its performance via a live customer deployment. 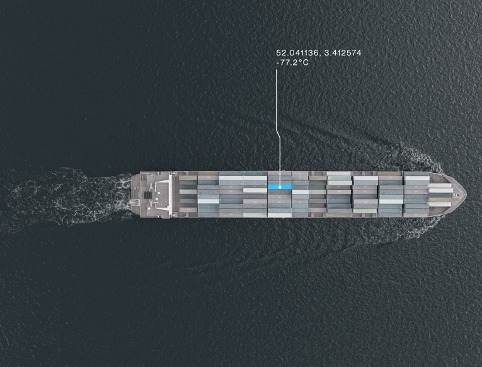